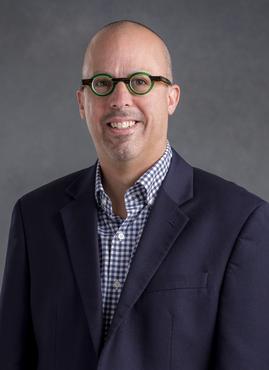 His research explores the implications of free will skepticism for ourselves, society, morality, meaning, and the law. As an optimistic skeptic he maintains that, not only can we preserve meaning, morals, and purpose without belief in free will and desert-based moral responsibility, but that we would be better off without such beliefs. [See his TEDx talk on The Dark Side of Free Will.]

Gregg D. Caruso is Professor of Philosophy at SUNY Corning, Visiting Fellow at the New College of the Humanities (NCH London), and Honorary Professor of Philosophy at Macquarie University. He is also Co-Director of the Justice Without Retribution Network housed at the University of Aberdeen School of Law. He received his B.A. in Philosophy from William Paterson University and his M.Phil and Ph.D. in Philosophy from the City University of New York, Graduate Center. He is the author of Rejecting Retributivism: Free Will, Punishment, and Criminal Justice (2021), Just Deserts: Debating Free Will (co-authored w/Daniel C. Dennett, 2021), Free Will and Consciousness: A Determinist Account of the Illusion of Free Will (2012), and Public Health and Safety: The Social Determinants of Health and Criminal Behavior​ (2017). He is also the editor of Free Will Skepticism in Law and Society (co-edited w/Elizabeth Shaw and Derk Pereboom), Neuroexistentialism: Meaning, Morals, and Purpose in the Age of Neuroscience (co-ed w/Owen Flanagan, 2018), Science and Religion: 5 Questions (2014), Exploring the Illusion of Free Will and Moral Responsibility (2013), and Ted Honderich on Consciousness, Determinism, and Humanity (2018). He is the recipient of numerous awards and fellowships including the SUNY Chancellors Award for Excellence in Scholarship (2015) and the Regional Board of Trustees Excellence in Teaching Award (2012). He is also the Founder and Editor-in-Chief of Science, Religion and Culture, an Associate at the Institute of Applied Ethics (IAE) at the University of Hull, and a regular contributor to PsychologyToday.

​​My primary research interests are broad and include free will, moral responsibility, criminal punishment, philosophy of mind, cognitive science, moral psychology, and applied moral, legal, and social and political philosophy. While I have distinct research projects in each of these areas, a unifying theme that runs throughout my work is my interest in the nature of human agency. I also work on topics in neuroethics and neurolaw that deal with the social impact of neuroscience, medicine, and technology on criminal law and punishment.

In metaphysics and philosophy of action, I work on the traditional free will debate, including questions about powers, causation, and the metaphysics of mind. I am known as one of the principle defenders of free will skepticism. Free will skepticism maintains that what we do and the way we are is ultimately the result of factors beyond our control and because of this we are never morally responsible for our actions in the basic desert sense—the sense that would make us truly deserving of blame and praise in a non-consequentialist, backward-looking sense. I initially laid out my arguments for free will skepticism in Free Will and Consciousness: A Determinist Account of the Illusion of Free Will (2012) and have subsequently published extensively on the subject—most recently in Rejecting Retributivism: Free Will, Punishment, and Criminal Justice (2021). I maintain that life without free will and basic desert moral responsibility does not entail nihilism. In a series of recent papers, I have argued that prospects of finding meaning in life or of sustaining good interpersonal relationships are not threatened. And although retributivism and severe punishment, such as the death penalty, would be ruled out, incapacitation and rehabilitation programs would still be justified.

Building on this work, my most recent book titled Rejecting Retributivism: Free Will, Punishment, and Criminal Justice, systematically explores the implications of free will skepticism and further develop my non-retributive approach to criminal behavior.​ The dual aims of the book are to argue against retributivism and to develop and defend a viable non-retributive alternative for addressing criminal behavior that is both ethically defensible and practically workable. In the first half of the book, I develop six distinct arguments for rejecting retributivism, not the least of which is that it’s unclear that agents possess the kind of free will and moral responsibility needed to justify it. I also consider a number of alternatives to retributivism, including consequentialist deterrence theories, educational theories, and communicative theories, and argue that they have ethical problems of their own. In the second half of the book, I then develop and defend my novel non-retributive approach, which I call the public health-quarantine model. The model draws on the public health framework and prioritizes prevention and social justice. I argue that it not only offers a stark contrast to retributivism, it also provides a more humane, holistic, and effective approach to dealing with criminal behavior, one that is superior to both retributivism and other leading non- retributive alternatives.

In philosophy of mind and cognitive science, I am interested in theoretical accounts of consciousness, the phenomenology of agency, and recent developments in the behavioral, cognitive, and neurosciences. In Free Will and Consciousness, I explored these issues at great length and defended a variant of the higher-order thought theory of consciousness. More recently, I have published papers in the Journal of Consciousness Studies, the Routledge Handbook of Consciousness, and elsewhere, on the relationship between consciousness and free will. In 2018, I also published a collection (co-edited with Owen Flanagan) on Neuroexistentialism: Meaning, Morals, and Purpose in the Age of Neuroscience (OUP), which explored the practical and existential implications of recent developments in neuroscience.

In applied moral, legal, and social and political philosophy, I am engaged in a number of research projects. These include investigating the link between public health and safety, developing a non-retributive approach to criminal behavior, and exploring the practical implications of free will skepticism for society, morality, meaning, and the law. In Rejecting Retributivism, I defend and expand my public health-quarantine model, which is a non-retributive alternative for addressing criminal behavior that draws on the public health framework and prioritizes prevention and social justice. In developing my account, I explore the relationship between public health and safety, focusing on how social inequalities and systemic injustices affect health outcomes and crime rates, how poverty affects brain development, how offenders often have pre-existing medical conditions (especially mental health issues), how involvement in the criminal justice system itself can lead to or worsen health and cognitive problems, how forensic psychology and neuroscience can be ethically used to predict and prevent criminal behavior, how treatment and rehabilitation methods can best be employed to reduce recidivism and reintegrate offenders back into society, and how a public health approach could be successfully applied within the criminal justice system. My approach draws on research from the health sciences, social sciences, public policy, law, psychiatry, medical ethics, neuroscience, and philosophy. I conclude by introducing a capabilities approach to social justice, grounded in six key features of human wellbeing, and I will argue that we cannot successfully address concerns over public health and safety without simultaneously addressing issues of social justice.

In moral psychology, I am most interested in work on anger, blame, punitiveness, and forgiveness. In 2018, I co-organizing a conference entitled “Moral Psychology: From Neurons to Norms” held at the American University of Beirut. It was the first international conference on moral psychology organized in Lebanon and quite possibly the Arab Middle East. Speakers included Daniel Dennett, Paul Bloom, Kylie Hamlin, Azim Shariff, Maureen Sie, Nina Strohminger, Oriel FeldmanHall, and Neil Levy. I have also done work on the relationship between humility and belief in free will, including a set of studies with Brian Earp, Jim Everett, Azim Shariff, Walter Sinnott-Armstrong, and Thomas Nadelhoffer (available here). Lastly, I have an ongoing research project attempting to counter the moral psychology of Strawsonians by combining a constructivist account of the emotions with a cross-cultural and empirically informed approach to moral psychology.

Finally, as co-director of the Justice Without Retribution Network (JWRN), I work to bring together leading scholars and promising early career researchers from law, philosophy, psychology, and neuroscience to investigate whether non-retributive approaches to criminal behavior are ethically defensible and practically workable. The JWRN is a joint effort of the University of Aberdeen School of Law, Ghent University, Cornell University, and SUNY Corning. The network has already organized three conferences and secured more than $60,000 in grants. We are currently pursuing much larger grants from the Wellcome Trust, Royal Society of Edinburgh (RSE), and the Arts and Humanities Research Council (AHRC). We recently submitted a grant proposal for the Wellcome Trust’s Collaborative Research Award for over one million dollars.